A reimagining of the traditional princess story, Princess Maniya offers a glimpse into the powerful female archetype that is a mainstay of Haitian culture. Set in Haiti during the reign of King Melenik, our brave heroine Princess Maniya goes hunting with her father. The original Haitian Creole text is displayed next to the English so that this beautiful language and rich culture can be preserved and passed down from one generation to the next. Sure to delight families of the Haitian diaspora, this story will also expand the mind of any child who is curious about other cultures.

This story is written and illustrated by Haitian women living in the community. In March and June of 2017, NABU, with funding from USAID, hosted a series of Writers Workshops in Port-au-Prince with the purpose of creating original children’s books in Haitian Creole. The Writers Workshops were created as part of our goal to address the need for children’s books in mother tongue languages. NABU and our director in Haiti, Françoise Thybulle, recruited Haitian authors and illustrators to participate. These sessions were our first and we have since also had workshops in Rwanda to create original books in Kinyarwanda. The two sessions in Haiti each hosted 25 Haitian authors and illustrators and created a total of 259 titles. It is out of these workshops that an initial collection of 16 was borne. We intend to release two books every month from the colleciton, and all of the profits from the sale of this book will go to support local authors and illustrators and NABU reading programs in Haiti.

NABU is a New York-based 501(c)(3) nonprofit organization, with a mission to solve the imbalance in children’s book creation and distribution, so all children can read and rise to their full potential.

NABU Publishing creates children’s stories with a cultural point of view. Children who are exposed to multiple cultures and languages are more likely to become lifelong learners and compassionate global citizens. We believe that culturally-relevant stories that reflect who children see when they look in the mirror help to develop healthy self esteem and a sense of pride, and children who learn about cultures different from their own are much more likely to develop into adults who value the dignity of human life and making the world a better place for all. This series of NABU stories are bilingual, written in both Haitian Creole and English, making them ideal for exposing young children to new cultures or helping children of the diaspora connect to the culture of their families. 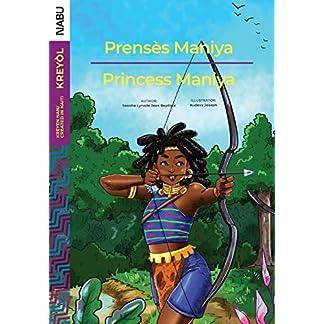